There is one undeniable truth when it comes to rook endgames: everybody goes wrong in them. Even in the «simplest» theoretical positions the greatest champions have made «incredible» mistakes.

It is comforting to know that even the best players sometimes go wrong in theoretical endgames. This only means that they are not so easy to master and play. Which of course shouldn’t put us off from studying them.

Here’s a small selection of the greats going wrong. 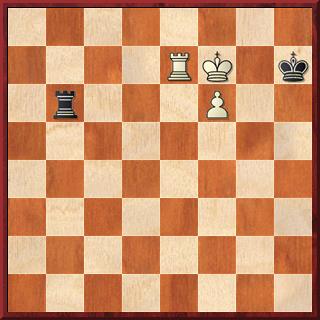 This theoretically drawn position arose in Capablanca-Menchik, played in Hastings in 1929/30. Black draws with 55…Rb8, controlling the important eighth rank. However, Menchik played 55…Ra6? and now White is winning. You would expect Capablanca to know these things, the number of mistakes in this game is quite surprising. 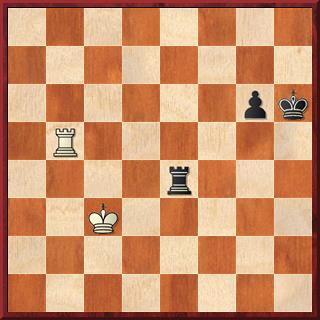 This is the position from the game Tal-Zaitsev, USSR Team Championship in 1968. Black’s pawn is still not advanced so the defence from the front is called for. Hence 73 Rb1 draws. Tal however hasted to get closer with the king (which cannot be prevented, so there was time for the move 73 Rb1) and played 73 Kd3? and after 73…Re1, preventing the defence from the front, he resigned. 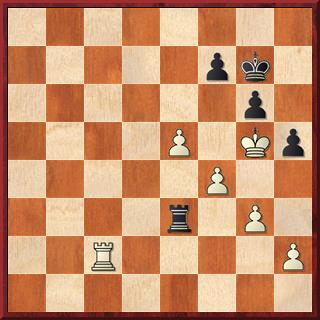 The position from the game Piket-Kasparov, played on the internet in 2000 (at the time control of 60 minutes per player per game). Black didn’t have to allow all this, but even here he should draw without too many problems. And one would expect Kasparov to know how. And yet he errs with 44…Re1? missing White’s idea of 45 Rc7 followed by the pawn breaks f5 and/or e6. The correct defence is the prevention of this by 44…Ra3 45 Rc7 and now either 45…Ra6 or 45…Ra5. Very similar to the Capablanca-Menchik game above, this one is from Aronian-Carlsen, Tal Memorial 2006. Here Black controls the eighth rank, so he only need to maintain that control with 73…Kg6. Instead he commits the same mistake as Menchik: 73…Ra7? and after 74 Ke8 he resigned.

This is only a small selection that came to mind out of the many examples you can find in the databases. I have found that these mistakes are made when there is lack of clarity in the understanding how the draw (or win) is achieved. Therefore, when you study such theoretical endgames, do not rush, take all the time you need to understand why a move is made and what it prevents (or allows). Repeat and revise often, to make sure the ideas stick in your memory. You will be grateful for this work when you win (or draw) with few seconds left in an important game.